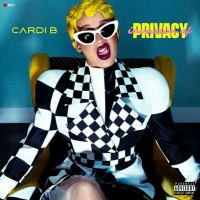 In my opinion, her flexibility is her most prominent resource. She can truly rap, I mean with genuine bars, incredible songs, and even a few illustrations. Melodies like “Get up, Bickenhead, and Thru Your Phone” grandstand Cardi's adoration for rap music. Honestly, Cardi can spit and she's not hesitant to show it. In any case, the greatest amazement of the collection is the reflective capacity Cardi B appears in Be Careful and Thru the Phone. She gets profound about her involvement in tragedy and can stay aware of her hood self all the while. That is the credibility I love about her. Cardi B has likewise demonstrated her ability to grasp highlights. In spite of the fact that I have heard her vibe with craftsmen previously, the best appearance of potential for Cardi B is the “keep going” track on the collection. In spite of the fact that SZA and Cardi brag 2 separate crowds, their ideal melodic mixture flawlessly concludes this collection. My final verdict is 3.5/5.
@Barcelonafan1 of the Hamilton Public Library's Teen Review Board

I did not enjoy this album at all, nor do I enjoy listening to Cardio B on any day of the week. I think the only song I could stand was “I like it”. I did like this song it was good to dance too but was the only bearable one. I do not enjoy her music or voice at all, whenever she comes on the radio it’s a big fat turn the station now. I did appreciate that she got some other rappers in there, and there parts are the only enjoyable part. Overall an awful annoying album and would not recommend for anyone’s ears. 1/5 Stars
@Effystonem at the Hamilton Public Library of the Teen Review Board.

Invasion of Privacy by Cardi B is one of my least favourite albums, to be honest. I’m not sure why everyone loves this album so much, considering many of the songs sound so similar. Invasion of Privacy was definitely over-hyped and I feel like if there were less songs on the album they would be better quality and I would have enjoyed the album much more. I won’t lie, there were some good songs on the album such as Drip feature Migos and Get Up 10. The rest of the songs on the album were not really my style, but I think Cardi B does have some good songs (and okay flow). I would rate this album 2/5.
@Montgomery of the Hamilton Public Library Teen Review Board

Cardi B never really made a good impression on me, whether it was a public appearance of her shouting, or her music where she calls everyone in the world garbage and talks trash about other women. Her music has never been anything interesting or original in the slightest. And invasion of privacy has managed to further inflate her ego. The album is 13 songs and 48 minutes long with just a few features such as Migos, 21 savage, and Chance The Rapper. Nothing on this album is good apart from Bodak Yellow, which is only good from a popularity standpoint, it's not even that great of a song. You can just tell from this album that Cardi was a one hit wonder, all of the features are cash grabs nothing about any of them show any effort to do more than rap certain lyrics. The 21 Savage song is hilariously bad I can't see anyone actually listening to this on the daily. There is just nothing special about this album, nothing that is more than being defined as being good for a month then forgotten. 1 out of 5.
@M31 of the Hamilton Public Library Teen Review Board

The lyrics make you cringe. The deliver makes you listen. You don't have to be a fan to recognize the "IT" factor when you hear it. She has the "IT" factor.

LThomas_Library thinks this title is suitable for 17 years and over

Strong beats with a delivery few can immulate. Cardi B tells you where she's been, where she is and where she's going.

Find it at OPL